The best dream for any individual would be when they are sponsored by an offshore company which invites them to come to their office and work. In most cases, it may end up looking like a fairytale, but there are few countries which have drafted the employer nominated visa options where the employers can choose the right employees for their work.

If you ask about Australia, the possibilities are greater up there even while they have also drafted the Sub Class 186 Employer Nominated Visa Scheme to invite the bright minds to bring about a change in their economy. The sub class visa is truly unprecedented letting the immigrants to even claim for permanent residency. 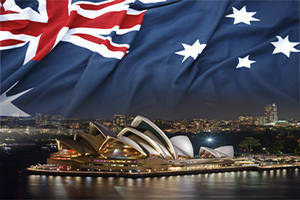 The Sub class 186 visa somewhat looks similar to the 457 visa but it demands a greater skill-set and better opportunities to the holder of the visa. Since this is a Permanent Resident Visa (PRV), there is always a greater possibility that the immigrants are able to get the chance to get Australian citizen card.

The sub class 186 specified sponsored nominations have to undergo two different stages. It is based on these two stages that the visa is granted to the applicant.

Nomination: The first stage is all about the nomination, and under this stage, the applicants has to make sure that they are involved in such a profession which is mentioned in the Skilled Occupation List (SOL) of Australia, and it has demand in specific provinces.

Visa Application: In the second stage, the aspiring immigrants will have to get themselves assessed under different parameters where their skills would be put to test. Upon fulfillment of the skills and expertise, the immigrants are able to take the visa for movement. But language proficiency, health checks will also be considered at the time of assessing the movement. Hence, the immigrants have to make sure that they rightfully fulfill the above mentioned requirements before taking the movement.

How the Application pathway works?

Temporary Residence Transition: Under this specific style of transition, if the immigrants are living in Australia under the sub class 457 visa, upon fulfillment of two years in the country, they can convert their visa into sub class 186. But while applying, it must be made certain that the immigrants have at least 5 bands in IELTS or equivalent points in any similar exam which is equivalent to IELTS.

Direct Entry Stream: Under it, if the immigrants have relevant experience in the job–by relevant, a minimum of 3 years is considered in that case–they will be able to get the visa converted into sub class 186. Employers in Australia make immigration more promising under the nomination scheme sub class 186 visa, as with the help of this visa, one can also get Permanent Residency (PR) back to back with better opportunities.

Some Common Problems with Sub Class 186

Well, by now one must be highly acquainted with this nomination sponsored high skill sub class 186 visa, but is has certain difficulty level which makes it completely hostile for the immigrants. In the first place, the most basic problem in the visa is skill assessment.

In this specific visa category, the difficulty lies in assessing the skills of the immigrants. Since, there are many criteria set for different skills, it becomes difficult to come to a conclusion with respect to this visa and immigrants find it challenging.

At the same time, when it comes to the demonstration effect, at that point of time, it is highly complex for the immigrants. The most basic problem that employers face is to evaluate the employees on the scale of skills. Unsatisfactory record of training exercises makes possibilities extremely difficult, and it becomes challenging to assess the right employee for the nomination.

There are also issues when the visa applicants are not able to meet with the common standards which are set for age, experience and language proficiency, and they are desirous of the nomination. Such challenges are completely out of control, and it is extremely difficult to overcome them. However, in the presence of right immigration attorneys, there is always a better chance for the same.