Get Latest US Immigration Updates, Crack The Visa Code!

Most people are always on the watch out to move to this country for a better life and job. The presence of NASA and big brands, like Westing House and General Electric (GE) definitely attracts the immigrants. So, it wouldn’t be sin altogether to deviate from the country of yours and immigrate to the US. 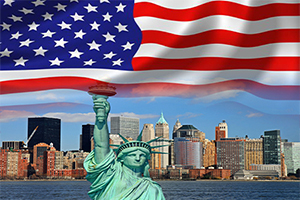 But the movement to the US is not a child’s play. The United States Citizenship and Immigration Services (USCIS) have not just made the borders impervious. They have been redefining the immigration programs and using all sets of policies and programmes to make it completely safe and secure. Ever since the attack on the World Trade Center (WTC), the concerned authorities have turned active, and they are trying to nip in the bud any threat which infiltrates the American soil.

The recent killing in Orlando has also raised concern and there has been mass scale monitoring going on to check immigration flaws and the individuals who can pose threat to the nation’s peace and security.

So, if you want the immigration, immigration news to US would definitely interest you to get hold of all the developments happening in the overseas hotspot.

Immigration News in US

Immigration to the US was tough all this while but it will become tougher if Donald Trump becomes the President of the US. Trump has shown zero tolerance towards the foreign immigrants and he has reserved views about the Muslims. In the first place, as per his promises, he would be throwing away the Muslims after becoming the president.

Now, these developments have definitely given a lot of materials to the immigrants to think about the immigration to the US. The Presidential candidate after the Orlando shooting has turned vindictive towards the Muslims. He has proposed to deport them and has been rightfully advocating that the President of the US has the authority to expel people whom he sees as an immediate threat to the country.

Hence, there has been a lot going on in the US but there are few types of immigrations which have been safe, and even the US is eager to take them into consideration.

The Investor Visa is the most promising visa to bank upon for the movement to the nation. Since every country cannot focus on all the areas, the same goes with the US as well.

In the year 1990, the Congress introduced the investor immigration programme and under it the individuals are given the opportunity to immigrate to the US upon making an investment of a specific sum at some of the areas which are lagging behind in terms of growth and development. The visa holders are also given the advantage to get Green Card and move with their family to the country.

But the road to the destination is limited and every year just 10,000 visas are processed. The amount of investment which can be taken may range from 1, 00,000 to 5, 00,000 dollars. Hence, the greater is the possibility if the investors have taken some areas which have been going through under development. The US government immediately grants the citizenship to those individuals.

One can also move through L1, H1B, and B2 Visas which will be discussed in the next part of the article.

For more information on the US immigration please contact me at mustaqali@abhinav.com