Understand and apply to become a Permanent Resident Canada

There has been an ever-increasing demand to get the status of Permanent Resident Canada. The reason is that once you become a resident of Canada, you are entitled to live the best form of life with almost all the facilities and freedom to enjoy your being. Canada offers excellent health facilities, educational opportunities, conducive business environment and professional growth. It has a stable political and social system without any form of corruption and terrorism. Therefore, it is one of the ideal countries to spend life peacefully. 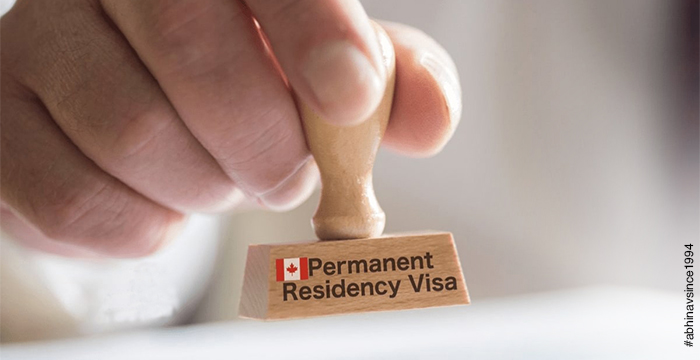 Canada offers multiple pathways for applicants to obtain a Canada PR Visa. People start as early as a student in Canada to eventually become a permanent resident. Although, there are more than a hundred routes to migrate, the applicant has to opt for the right one to maximize the chances. The provincial nominee programs have gained tremendous popularity as the provinces of Canada are looking out for foreigners who would fill the labor gaps as per the demands in their respective economies. Another benefit of applying for provincial nomination is, there are fair chances of becoming the permanent resident visa in less amount of time. However, to figure out the best way, you can go to immigration consultants to help you out on the same.

Though there are many ways, the Canada Immigration process is different for every program. More specifically, the eligibility requirement differs and so is the process to apply. The Express Entry handles three streams and each of them has different eligibility criteria. Similar is the case with each and every program that is offered by the provinces as their targeted immigrants are different from each other. Other programs like family sponsorship and refuges have different intent to allow immigrants to live in Canada. It is based upon more on the social causes rather than the economic ones.

Broadly if we consider, Canada is an immigration friendly country that relies upon the skills and the resources it gets from the foreigners. It is calling upon the youth with special skills to migrate to Canada to drive its economy. Also, it has numerous programs for businessmen and entrepreneurs who can pump money into Canada’s economy and simultaneously create jobs for the indigenous people. Therefore, Canada’s idea of immigration is driven by the intent of benefitting the migrants as well the country and its people.

Canada is known to be committed towards its residents. This is evident from the fact the even in the times of the pandemic, it has taken every possible step to take care of all the people on its land and even those who wish to migrate in future. It has announced financial help for all class of people and even for the small business to keep them surviving. Every possible effort is taken to create the jobs and keep the economy growing. Other than this, Canada invests significant amount of money in conducting programs and events that would ensure smooth integration of the migrants with the locals. Even the residents of Canada have a positive outlook towards the outsiders and they welcome them with warmth and compassion to make them feel uncomfortable in the new environment.

It is due to the variety of reasons that being a Permanent resident Canada feels like an achievement for many people. There are people stuck in places where they find their freedom curbed or professional growth stunted despite having the talent and resources. Canada offers such individuals the opportunity to explore the freedom and take great leaps in their respective career without having to worry about the politics and corruption. This country offers a fair playground for everyone irrespective of their background, which is why it has emerged to be the first choice for people who wish to settle in a foreign country.