Finding a solution to Australian racism attacks on Indian students! 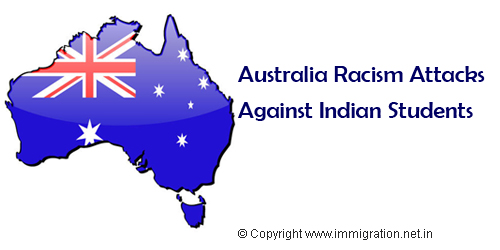 Today, Australia is one of the hot destinations for the Indian students to pursue their further education. Over the years, the numbers of such students have increased. The main reason being the Liberal Student Visa Policy brought out by the Australian government. Of late, Indian students and the attacks they are facing in Australia seem to be getting lots of media attention. Unless immediate pro-active steps, followed by some long term decisions are not taken, situation may go out of control.

Why sudden incidents of attacks on Indian students?

This visa policy could also be considered as one of the main reasons behind the racist attacks on the Indian students in Australia. To understand this better, let’s take an example. Board a flight going via the ASEAN countries of Thailand, Malaysia and Singapore. One would find most of the passengers to be Indian boys and girls in their late 20s or early 30s on a transit flight to Australia. But what attracts or shocks one is that most of these youngsters have literally zero English language skills. More importantly, majority of them come from rural backgrounds, never venturing beyond their native state. A few seconds of conversation with them would make one realise the plight that they are about to get into. Starting with the major cultural shock followed by the non – acceptance of the Australian society in general. All they have for support is loads of money. One look at the pictures and videos of the protests in Australia would make one realise that most of the students come from such backgrounds.

Taking the argument forward, it cannot be denied that the Indians are among the largest community of the Skilled Migrants in Australia. The fact that they have not normally faced these or a similar attack questions the profiles of those landing in Australia on Student visa and their ability to adjust to socio-cultural factor in Australia . This is a critical factor in determining their acceptance in the Australian community at large.

It has to be remembered that relocating oneself in a whole new world has its own set of issues. It is faced by everyone who leaves his home country for whatever reason. It is the same for an Australian or an American in India.

Within India itself, there is a different kind of racism prevailing altogether. The country is divided into 4 different parts with each having its own culture. The fact that prevails here is that how well one is accepted in his current place of stay is highly dependent on the part of the country where one belongs to. Indians in India have learnt to live with racism. So why term recent incidents in Australia as a massacre leading to an earthquake?

What was wrong in approach followed by Australian authorities?

Where the Australian Government went wrong in the recent times is its delayed acceptance attacks being racist in nature. Had they done it immediately, the matter would not have gone as far as it has now. They should have permitted processions but not by Indian students alone. These processions should have been joined by both – Australians and Indians. Also, it should have been lead by a prominent Australian Indian and/or popular Australians like some of the cricketers.

It is agreed that immediate redress and proactive measures need to be taken. But to make these few incidents the very basis of the future relationship between the two countries that determine the immigration policies in Australia is too far reaching. This requires a moderate approach and cool heads to think about.

Immediate steps that must be taken to improve the situation

A joint press conference should have been or could be addressed by the Indian and the Australian Government delegates. The message given should have consisted of the following:

The Australian government needs to implement a student visa policy that is very particular about the profile of students permitted to enter Australia. The government must appreciate that immigration policy permits these students to become residents and the future citizens of the country. The greed of educational institutions and universities to earn from well paying Indians is overlooking the quality aspect. Instead of selecting students as per the courses they have and the standards they wish them to meet, these institutions are doing the opposite. They are creating courses and training programs that admit almost anyone with Basic English skills. The result is there for all to see. Such students, coming from rural backgrounds are mostly not able to relate to the Australian culture and its society and vice versa. Majority of these students do not find a place in any standard educational institution within India. The point is not that these students should not get an opportunity for higher education. Instead, it is important that they are prepared to cope up with it. Perhaps Australian educational institutes should have centres in India that conducts basic orientation (not to be confused with one hour briefings etc.) for such students before they are pushed into Australia.

The issue at large is the long term demographics and the character of the country (Australia). It should not be forgotten in short term view of increased foreign exchange earnings from overseas students industry. Unfortunately, that is what is happening right now. Hence, there is urgency for this to stop before it is too late.

At times, these attacks are also fuelled by the job insecurities of the Australians. Public Relations campaigns need to be carried out in Australia to provide the correct picture to the Australians at large. They need to be told that Indians and other international students contribute billions of dollars to the Australian economy every year. They must be made aware that these students work part time as permitted by their visa rules and are not doing anything illegal. They are to be informed that these students bring in millions of dollars through revenues when their parents, friends and relatives visit Australia. They should be made to realise that India is a country that Australians need to be friendly with. This friendship will have long terms gains that would go much beyond some part time jobs.

Thus, the Australian and the Indian governments, the Indian students and its community in Australia and within India and finally Australians; must work together towards changing these perceptions. For in that lies good for all.